To be in a situation where you have the advantages of two different things, without any disadvantages! A performance board with added volume under your chest area for better paddling and getting over those flat sections. I stuck with a relaxed outline, fuller nose and introduced a hip/break, higher up in the tail area. This blends into a straighter rail curve giving us more drive in and out of turns and putting looseness under your feet with control. The magic is the strong deep single concave that runs into a double concave and flows into a Vee behind the back fins for better release.

With high performance in mind, the rocker is consistent throughout, but flatter in the bottom mid-section, so as to retain speed in flatter waves. The moderate nose entry rocker will allow for water to flow through quicker, giving a quicker onto the plane. With the added tail-lift, much the same number as my tried and tested 44 Jordy model, this allows this board to tackle any hollow wall or section on offer, accelerating in and out of turns at will and with confidence 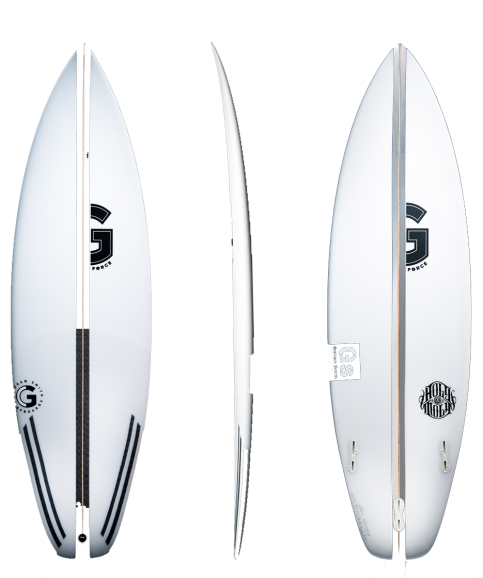 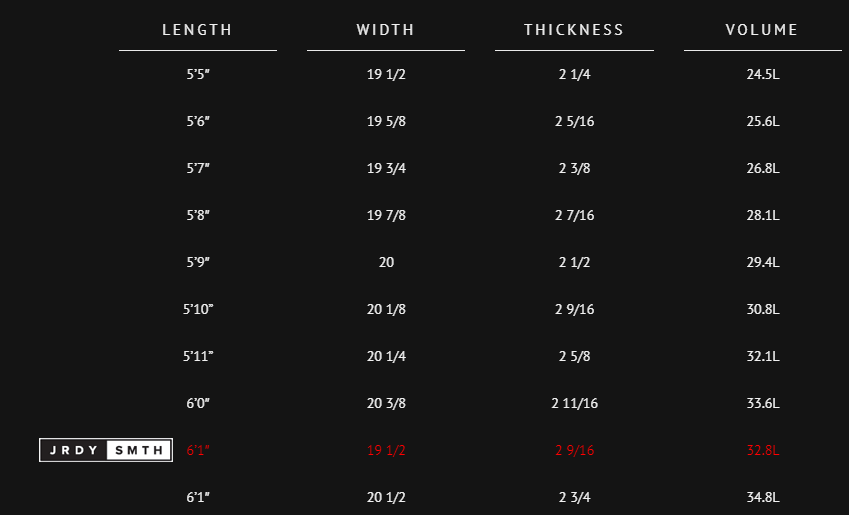 I wanted to stick with a more relaxed outline, having a slightly fuller nose, a bit more area throughout, also keeping the width a touch wider at the centre outline. I have kept a straighter rail curve towards the tail for more drive, which also helps to enhance speed when turning off the tail. I have introduced a very soft notice-able hip in the rail, up at about 14” from the tail pod, but this is very subtle. This ends up giving us a great pivot-point to arc off when doing tighter arcs in and out of turns and the longer tail section, puts looseness under your feet with control.

The tail outline section plays a huge part as it’s elongated, stretched, and drawn out, and becomes a wider off-set diamond tail pod, which also shortens the rail line a bit & thus giving us a more surface area to push off &#8211; making it faster, and reducing drag! This is where the magic kicks in, as the bottom consists of a single concave, which runs deep from nose to tail, and flows into a double concave at the “hip” and ending up with a strong “Vee” in the tail, allowing you to get up quicker and easier onto your rail allowing for better release and control.

The Holy Moly can be ridden 1” to 3” shorter  Thruster or Quad, and a bit wider than your regular board. It is critical to know your “skill-level” so that we can adjust a file to suit your needs.

We're not around right now. But you can send us an email and we'll get back to you, asap.